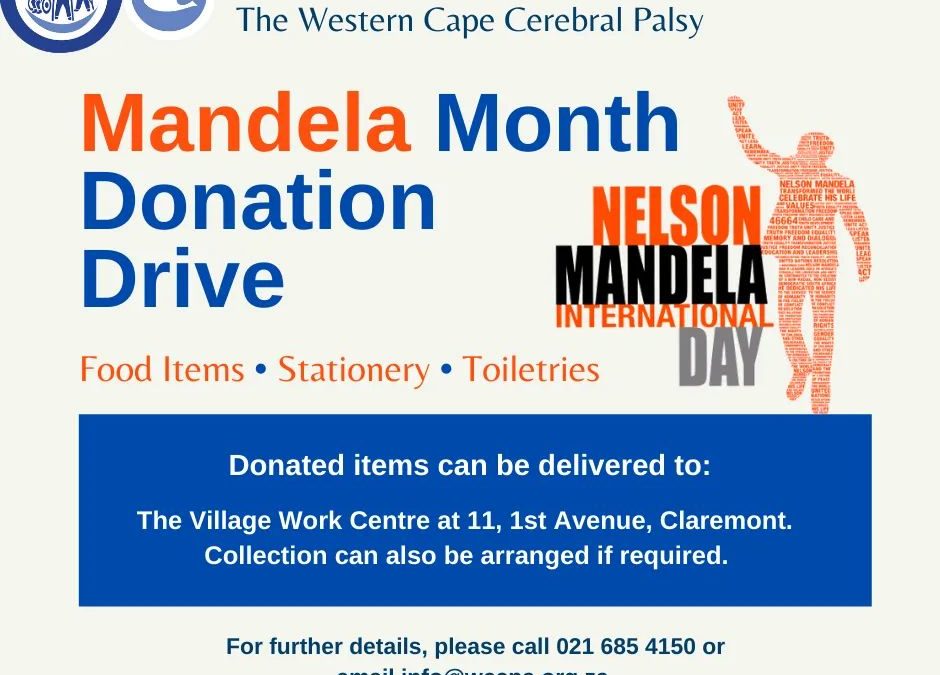 For the month of July (Mandela month), the Western Cape Cerebral Palsy Association will host a donations-in-kind ‘drive’ for the benefit of children...